Early in my career as a headhunter, when I had not yet learned in-depth about employee engagement and corporate culture subjects, I helped one of the manufacturing companies in the Tangerang area to recruit a professional for their finance department. Not yet a manager level, but more into a specialist role with a relatively above-market rate for the salary offer.

At the same time, the company's CEO and the Finance Director shared a story about how disengaged the finance department team members were.

They consist of eight people, and they practically dislike one another.

Backstabbing, gossiping, didn't share crucial information were just some of the issues in the finance department.

The CEO and the Finance Director then had a brilliant idea to bring the entire finance department members to a two-day outing activity in Lembang, West Java, over the weekend to fix these nagging issues.

They asked for my opinion on whether it was a good idea as it would allow all of the finance department members to work as a solid unit after they finished all the fun activities and returned to the office the following Monday.

As a naive consultant back then who had not yet understood the fundamental of employee engagement and corporate culture, I didn't see any harm in executing that idea, so I said, "Go ahead; it could be one of the solutions worth trying."

Fast forward to the present day, and I will definitely be against that idea.

In fact, that could be the worst idea (ever!) to fix the issues in the finance department because it will not fix anything at all.

The analogy of that situation is similar to when you have a diabetic wound, and you only patch the wound without doing anything to cure the primary illness, diabetes.

The outing trip seemed to fix the issue when the leaders saw all the team members had a great time together during two-day weekend activities.

Leaders think they should have no problem working together as one cohesive team after returning to the office on Monday.

In reality, it was a false impression.

Backstabbing, gossiping, didn't share crucial information are not issues that suddenly happened overnight. Something must have triggered those things for an extended period.

No matter how capable they are, even strong and charismatic leaders cannot fix those issues over one weekend.

Disengaged employees are the outcome of so many things that went wrong in the organization, and that's why I developed the #ThePositiveWorkplace survey tool to objectively dig into the core problem of a dysfunctional team such as the finance department in my client's company.

By getting a clear indication of the root cause of the problem from the survey result, leaders can get a better alternative solution to solve any issues related to a dysfunctional team.

One thing is for sure; an outing is not a solution to an organization's low employee engagement problem!

In fact, it's probably the worst method.

So if you, as a business leader, think about initiating an outing trip, ask yourself once again, "What's the outcome I want to get from my team members after they finish this outing activity, and is it the best method to produce the expected outcome?"

The outing trip is only practical to strengthen the team bonding of a collaborative team with a high level of engagement, who like one another, and have already built a high level of trust between them. Why Business Leaders Need A Coach To Become More Influential? 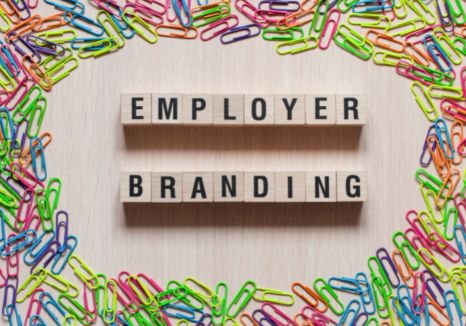 The Right Recruitment Leads to A Strong Corporate Culture