Almost a decade ago, I admitted that I might have lacked empathy as a business leader.

It was a bitter truth moment when I thought I was an easy-going person who could quickly gain trust from other people who just recently knew me, especially prospective clients of mine.

I felt I was pretty successful and relatively well-known outside the office.

But on the other hand, I rarely could understand and empathize with what my team members felt at that time. I was full of logical thinking type leader who seldom started small talks with my team members to know better about them and what they felt, even though I had less than 15 people on my team back then.

At that time, empathy had become nothing more than a buzzword for me. I know what it means but never learned to be an empathetic leader at work.

Fast forward to March 2020, it was another moment of truth when the global pandemic of COVID-19 triggered an economic crisis in almost every country worldwide. Lots of companies were hit hard, which affected their businesses' sustainability, including mine.

The silver lining of the crisis?

I learned how to become a more empathic leader, especially to my team members, who showed their loyalty and worked tirelessly to ensure the business could stay afloat during the most challenging times of the company's existence since May 2009.

Am I transforming into an empathic leader now? I don't know. I never asked my team members about it.

Still, I can ensure that I always try to be a leader with humility and a willingness to practice active listening as part of my conscious effort to be more empathic so that I can understand their thoughts, feelings, and condition from their point of view, rather than from my own.

Not yet perfect, but as my mentor, Pak Pri, said, "We are all work in progress!"

I am not a licensed psychologist, but looking back, based on my experience and my involvement in coaching business executives, I could clearly explain why some business leaders found it difficult to develop empathetic skills.

Here are five things that might be a cause:

They are so busy at work that they do not have the time to reflect and develop self-awareness to become empathic leaders.

Self-awareness is understanding one's thoughts, feelings, and behaviors. It is a critical component of emotional intelligence and enables individuals to manage their emotions effectively.

Self-aware leaders can better understand the motivations and intentions of their employees, customers, and other stakeholders. They can also manage their emotions and reactions more effectively, contributing to a more positive work environment and better decision-making.

Self-awareness is one of the most important predictors of job performance and leadership effectiveness. Self-aware individuals can look honestly at themselves and identify their strengths and weaknesses. They are also better equipped to understand how others perceive them and adapt their behavior accordingly.

Conversely, leaders who lack self-awareness can often be arrogant or unapproachable, damaging relationships with employees and customers.

Some leaders have a misconception or mistaken belief that being an empathic leader is weak. It's subjective, but they feel they must be strong and in complete control as leaders. Showing empathy may make them appear weak as it would make them seem vulnerable from the outside.

On the contrary, leaders who can empathize with their team members are better able to inspire and motivate them. They also tend to have more successful teams because people feel more connected, appreciated, and understood.

The business culture in general or the corporate culture at some companies, in particular, is often competitive and aggressive, which does not lend itself to empathetic behavior.

The aggressive business or corporate culture is often counterproductive and can lead to a lack of empathy among leaders. When the pressure to succeed is high, the instinct is to focus on oneself and one's goals rather than others.

ME instead of WE.

It can create a competitive and even hostile environment, where people are less likely to cooperate or show concern for one another. As a result, the company may suffer from poor communication, organizational silos, low employee morale, and low productivity.

4. They don't know the concept of empathy.

Since early childhood, these individuals have been total strangers to the idea of empathy and did not understand what it is or how it works.

It might be due to a problematic or hardship situation endured during childhood, the only child in the family whose parents spoiled, or any other traumatic events.

As a result, they often make harmful decisions to others without realizing it. For example, they may ignore the needs of their employees in favor of their own goals, or they may be insensitive to the feelings of their customers or clients.

This lack of empathy can also damage relationships with friends and family members. The business leader may quickly criticize or judge others or say something without considering how their words might affect them negatively. Or, they may be unwilling to compromise or cooperate, even when it would benefit everyone involved.

5. They lack empathy because of mental disorders.

I quoted the expert opinion of Douglas LaBier, Ph.D., a business psychologist, psychotherapist, and the Center for Progressive Development Director in Washington, DC. "Empathy Deficit Disorder (EDD) is a pervasive but overlooked condition. Our increasingly polarized social and political culture of the past few years reveals that EDD is more severe than ever. It has profound consequences for the mental health of individuals and society."

He explains that when people suffer from EDD, they cannot step outside themselves and tune in to what other people experience, especially those who feel, think, and believe differently.

That makes it a source of personal conflicts of communication breakdown in personal and professional relationships – including hatred – towards groups of people who differ in their beliefs, traditions, or ways of life from those who suffer from EDD.

The key to becoming an empathic leader is not finding a coach who could guide you to become one (even though it would help to make the whole process easier and more fun).

Instead, it always started with you.

Take a closer look at yourself.

How bad do you want to become an empathic leader?

Why do you want to become an empathic leader?

What are the things that would change if you become an empathic leader?

Other than those who suffer from EDD, who might need professional help from a psychiatrist, business leaders who lack empathetic skills can quickly implement four practical things to trigger an internal change to become more empathic leaders.

I will explain all those four practical things to trigger an internal change in my upcoming article next week. 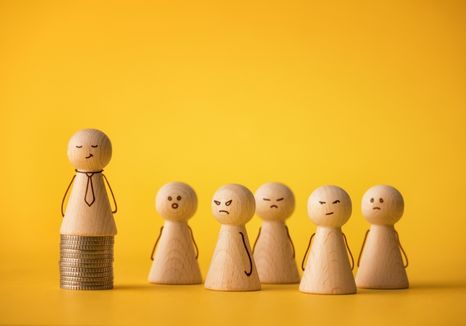 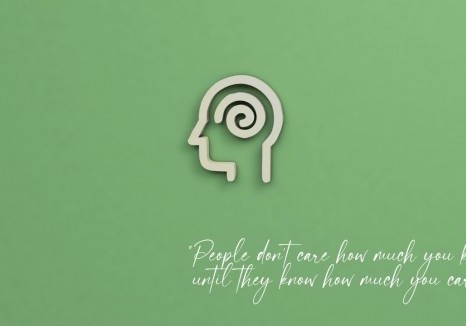 How CEOs Could Create Psychological Safety In The Workplace

Leadership is All About Empathy